The club was founded in Camden by Robin Buick in 2014 and re-located to Cricklewood where their partners, the Railway Club, assisted in providing former non sporting space to help the club develop further and thrive.

Having gained support from some local businesses and the Powerday Foundation, other partners such as Sport England and the London Borough of Brent expanded the partnerships and investment into making the ground floor of the club into a fit for purpose boxing gym.

Through all of the partners who have generously refurbished the facility, upgraded all areas of the gym and provided improved training and changing facilities, the club is now at the phase of opening its facilities formally to the wider community and will also provide health and mental well- being opportunities for local young people, schools and other groups.

Cricklewood Boxing club now have a permanent base and headquarters, which has been achieved through a, mixed economy approach by the Powerday Foundation. By bringing together the local councillors, London Borough of Brent, Sport England and other suppliers and contractors, they have enabled the club to grow and flourish further in the future whilst improving young people’s lives for the better.

The activities and opportunities in the former space were restrictive, however with expanded facilities, unbridled access and improved equipment levels, the club can move onto greater levels of achievement and out-reach work through schools and other community groups. The new gym will help to further develop positive interventions for local young people and will help negate anti-social behaviour through controlled and disciplined sporting experiences and social engagement by breaking down barriers, creating and building social-cohesion.

Cricklewood Boxing Club Head Coach & Club Leader, Rob Buick stated: "In the last year we have produced our first National Champion and had numerous London Champions which was a great achievement under restricted conditions. However, our impact in providing positive health and mental well being recreational activities for the community and young people has also been inspirational and a focus of our voluntary provision, which we can now extend within our own new premises without the restrictions of time, access and equipment. Our thanks go to everybody who has helped particularly our Local Councillors, Powerday Foundation, London Borough of Brent and Sport England plus everybody else who has helped in anyway whatsoever and we are committed to continue our voluntary work for decades to come in our new and improved facilities, thank you all."

Powerday Foundation President, Mick Crossan said: "Rob and the club came to our attention in seeking some sponsorship support to remove waste and to assist with funding for the club.  After I had personally attended the club to see what we, as a local company and Foundation, could do to assist Rob and his volunteers in their passion for the sport whilst seeking to assist and support young people across London, we found restricted space with no changing facilities and a lack of equipment. We then commenced drawing together excellent local councillors who were committed to the project and built a development plan to seek other partners. I am pleased to see that all our mutual efforts and support have borne external investment into the community and success for the club, whilst delivering the outcomes we sought some 18 months ago, with the opening today. Onwards and upwards for Rob and his volunteers in supporting young people across Cricklewood and Brent." 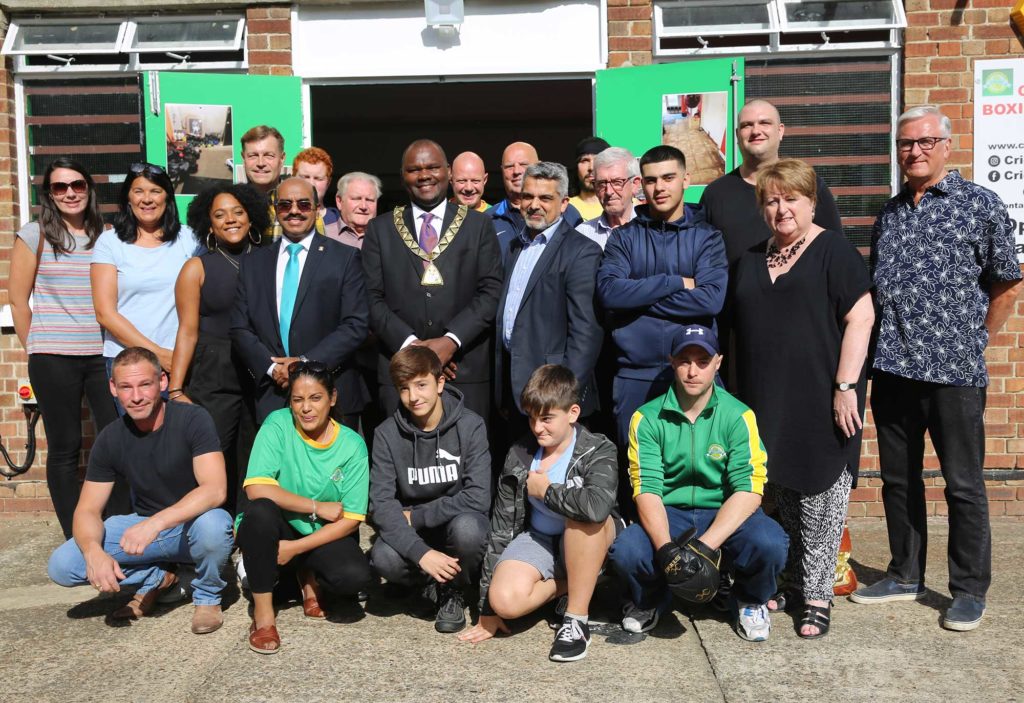