One of the UK’s leading housing developers, Barratt Homes is finding its disciplined approach to on-site waste segregation is reaping financial as well as environmental benefits.

Barratt Homes is part of the Barratt Group and has 35 house building divisions across the country. The Group’s environmental policy sets out a target for zero waste to landfill and a commitment to on-site segregation and dealing with waste in line with the waste hierarchy. Strict adherence to these waste values and behaviours has helped Barratt Homes significantly reduce the waste produced on site and the amount going to landfill, resulting in substantial landfill tax savings.

Barratt Homes takes a highly disciplined approach to on-site segregation of waste, ensuring their policy is clearly communicated and effectively carried out. All waste stations have clear signage indicating which wastes go in which containers and Powerday gives toolbox talks to on-site staff to ensure they are aware of, and understand the system. Powerday also supplies each site will full information packs, including material final destination information, as well as monthly recycling performance reports to provide Barratt Homes with the evidence the Group requires to substantiate its environmental performance.

Gary Ennis, Regional Director Southern Counties, Barratt Homes says: “Barratt Homes takes its environmental responsibilities very seriously so we approached Powerday to help improve our recycling performance. We are fully committed to on-site segregation wherever possible and Powerday has worked with us to ensure this system operates effectively across all our Southern Counties sites. Not only is this helping us to achieve our environmental targets, but the results are also beginning to impact on our bottom line, cushioning us from recent, and future, landfill tax increases.”

Simon Little, Sales & Marketing Director at Powerday says: “Barratt Homes’ on-site values and behaviours are first rate and we have been highly impressed with their disciplined approach to on-site segregation. This has helped the Barratt Group towards its target of zero waste to landfill and they are clearly beginning to benefit economically from their sound environmental policies. With the landfill tax escalator continuing until at least 2014, this is a very wise approach and we expect to see more and more companies take their lead.” 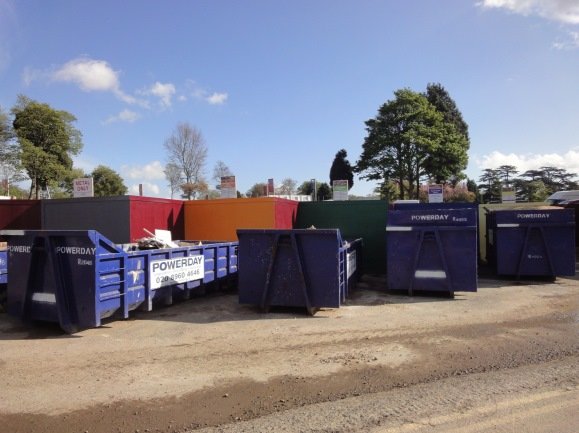