Powerday is delighted to announce the official opening of the Cattlegate Farm composting facility which took place this week. This site located in North London on Cattlegate Farm, Potters Bar is licensed to accept 25,000 tonnes a year of green waste.

Simon Little, Sales & Marketing Director, Powerday says: “This new composting facility provides a significant new piece of recycling infrastructure for Enfield and the rest of North London and Hertfordshire. It has been great working with the project team, seeing the facility officially opened today is a great step forward. Powerday’s clients will be among those that will benefit from this investment”.

Cattlegate Farm will also see the development of a new anaerobic digestion plant. Currently under construction, the site was visited this week and is expected to be commissioned late in the summer of 2015. Powerday will be marketing the site on behalf of Willen Biogas to existing and new clients. The site enjoys a location that is easily accessible from central and north London and already has a grid connection for the export of 1mw of electricity. Furthermore, the digestate produced as a by-product of the process will be returned to the land and result in increased yields and healthier plants, a great example of the circular economy in action.

Cattlegate Farm will accept green and food waste generated in the capital, notably by events and stadia via Powerday and their clients which include Arsenal FC, the Rugby Football Union at Twickenham and Saracens Rugby Club. 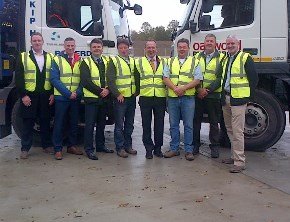 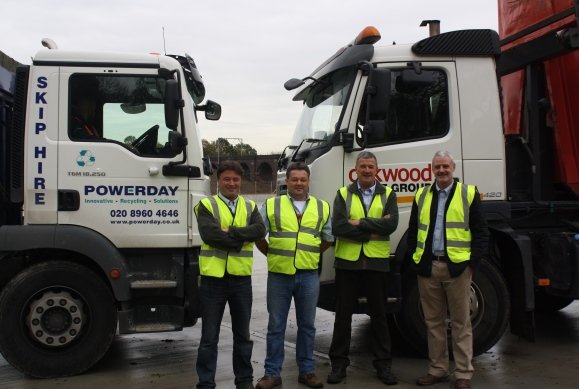