The first delegate to come out of Powerday’s new construction employment scheme for ex-offenders has started work for the company at St George’s One Blackfriars development in Southwark.

Tony Hogg from Southwark undertook his City & Guilds Level 1 Award in Health and Safety in a Construction Environment and obtained a CSCS Labourer Green Card late last year whilst finishing his sentence at HMP Onley. On release earlier this year, Tony completed his onsite training and joined Powerday’s logistics team as a labourer at long standing client, St George. Based at their new 170 metre tower which is currently under construction in Blackfriars, Southwark, Tony’s responsibilities include assisting with waste removal, dealing with water leaks and erecting and dismantling fences. Within a couple of months, Tony is expected to move into a handyman position and be trained as a fire marshal and first aider.

Launched in November 2016, the scheme, run in partnership with social enterprise Blue Sky and HMP Onley, gives inmates from the Category C prison in Northamptonshire the opportunity to receive training and subsequent employment with Blue Sky and Powerday at construction sites across London. Tony is one of an initial four delegates to undertake training under the scheme. As each successful delegate leaves HMP Onley they will be offered a six month contract of employment with Blue Sky who will place them within Powerday’s teams on site.

Simon Little, Sales & Marketing Director, Powerday says: “Powerday is committed to helping our local community and Londoners who may not have had the best start in life. We are delighted that Tony has started with us and made a great impression on site. This initiative will really help ex-offenders get back to work which we know dramatically improves their chances of not reoffending. I’m particularly happy that, once again, St George has supported our scheme and will get the benefit of motivated and well trained local candidates. We welcome Tony on board and wish him every success in his new role.”

Stephen Kirwan, Construction Director at One Blackfriars, St George commented: “We are delighted that following his training programme at HMP Onley, Tony has completed his courses with Powerday and is now able to undertake essential work as part of the team at One Blackfriars. He has been a great addition to the team and we wish him the very best of luck for the future”.

First delegate through the scheme, Tony Hogg says: “This is a great opportunity for me to make a new start and I’ve really enjoyed getting to know everyone here on site, it’s a fantastic project and I’m proud to be working on it’”.

The launch of Powerday’s new scheme is very well timed given the announcement in February by the Justice Secretary, Liz Truss, of a shake-up of prisons in England and Wales and the introduction of the new Prisons and Court Bill. Amongst other measures, the legislation will enshrine into law that a key purpose of prisons is to reform and rehabilitate offenders. 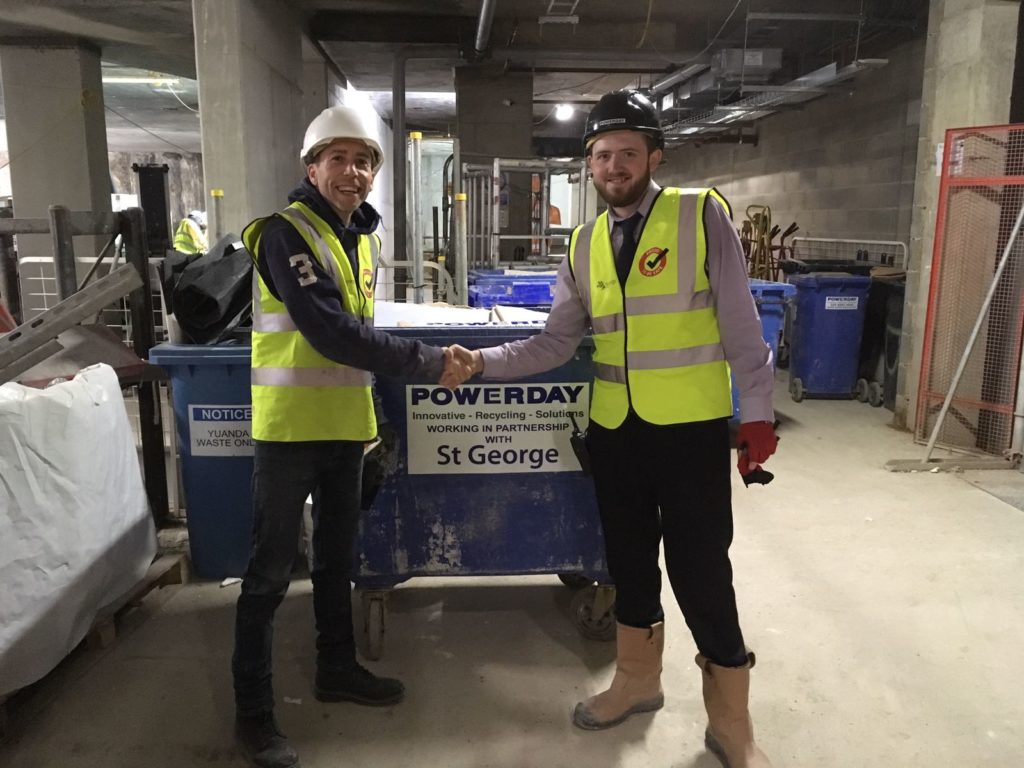