The Powerday Foundation is thrilled to announce that British Boxing’s new sensation, British Light Heavyweight Champion and Olympic Bronze Medallist, Joshua Buatsi has agreed to become an Ambassador and endorse the work of the Foundation.

Through their link to London Amateur Boxing over the last six years, Powerday and the Foundation have been the only London based family business which has funded sport development activities and provided bursaries for young Londoners, building upon the legacy of the London 2012 Olympic Games. Over this period, their work has attracted over £10 Million into clubs, projects and communities in some of the hardest to reach areas and estates of London, through capital, resource and subsidy support using a mixed economy approach with partners such as Local Authorities and Government.

Joshua Buatsi won the Powerday sponsored London ABA title in 2014 and 2015, before going to capture national titles and then moving onto Olympic success in Rio De Janeiro in 2016. He soon turned professional and success continued to follow the degree-qualified Buatsi into the paid ranks, which has seen him already capture the British Light Heavyweight title and provides little doubt that he is the ‘Next Big Superstar of British Boxing’.

Joshua stated, ‘’Having come through amateur boxing in South Norwood and living in Croydon, I have witnessed and benefited from the time, support and coaching that my amateur volunteer coaches gave to me with so many positive life lessons. I am now pleased to be in a position and able to return my support and endorse the work of the Powerday Foundation, London Boxing and all of the clubs across the capital who do so much on a daily basis for thousands of young people- both male and female, from challenging areas and estates. I believe in these troubled times of peer on peer knife crime and bad lifestyle choices that alternatively the activities and partnerships of the Powerday Foundation through clubs and communities can and will continue to ‘Change Lives for the Better’ and I am committed to doing my best to help these positive outcomes continue for the future.’’

Chairman of the Powerday Foundation, Mick Crossan said, ‘’Having watched Joshua progress from Fairfield Halls, Croydon to the Olympic Games and now progressing through the professional stage and understanding his commitment to sport and education, we are proud to have him as an ambassador to the Powerday Foundation as we seek to raise the profile we have and are achieving through a superb and productive relationship with London Boxing through the clubs and projects in London. Our commitment as a company is to our communities and through the Foundation’s work we have targeted young people as a priority and we have seen success through many initiatives and developments such as ‘Drop the Knife Pick Up the Gloves’, work in schools with at risk pupils and with community groups such as Grenfell United. We warmly welcome Joshua who will assist us in raising awareness of the projects and initiatives whilst also underpinning our commitment to ‘Change Lives for the Better’ and helping young Londoners to improve their health and mental well-being in safe and inclusive clubs and environments away from street culture.’’ 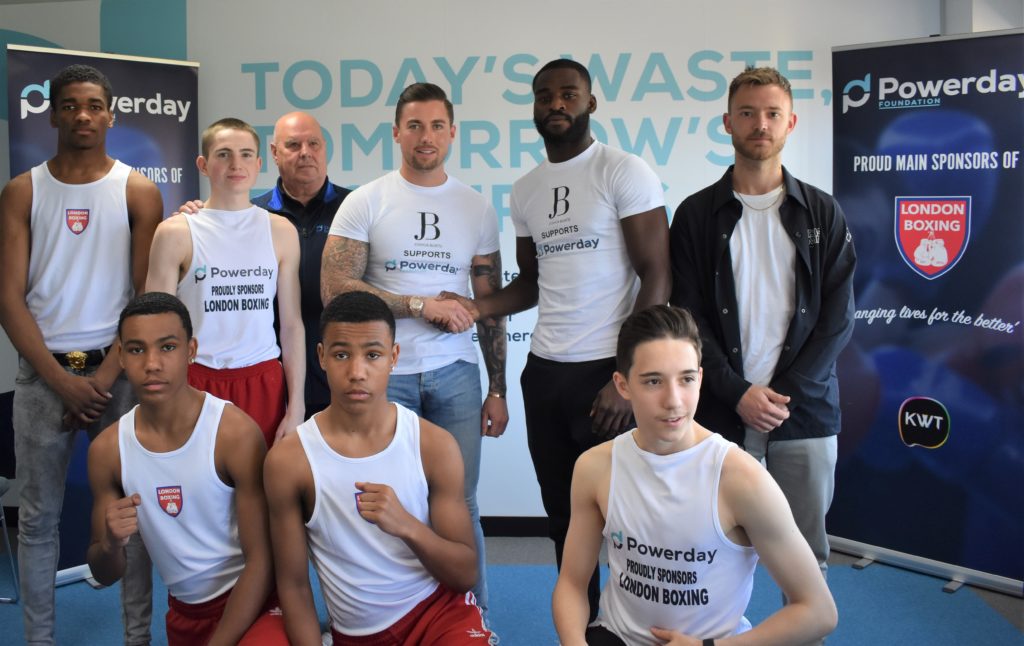