As sponsors of London Irish Rugby Club, everyone here at Powerday would like to congratulate the team, coaches and all involved on winning promotion back to the Premiership.

London Irish beat Yorkshire Carnegie on Wednesday night in the second leg, making them Champions of the Championship and sealing their return to the Premiership at the first time of asking. The Exiles put in a mammoth performance over the two legs, playing in front of a crowd of over 7,500 supporters on Wednesday.

The match finished London Irish 54 - 48 Yorkshire Carnegie (84-64 on aggregate) at the Madejski Stadium. An enthralling encounter, Irish scored six tries to cement the victory after coming top in the Championship table and beating Doncaster Knights in the play-off semi-final.

We are keeping faith in the Director of Rugby, Nick Kennedy, and his coaching/medical staff to prepare a squad capable of enduring the rigours of the 2017/18 Premiership Rugby season. As such, we’re proud to announce that Powerday will continue to sponsor The Exiles next season.

The top flight return for London Irish is an exciting prospect for all associated with the club as well as for everyone at Powerday, and we wish the team all the best for next season. 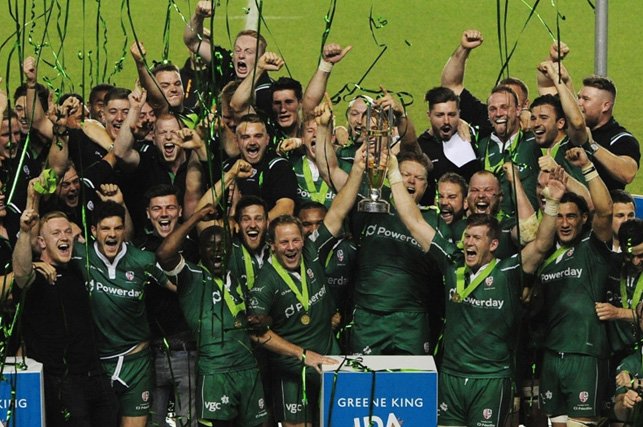