This last nine months has proved a challenging period for the Powerday sponsored London Amateur Boxing Association investment programme but like many of the communities we serve, the programme has overcome adversity. Despite the challenges we have faced, we have been able to secure investment for a number of London Amateur Boxing Clubs in this period, enabling them to continue their work in producing World and Olympic Champions and providing sporting facilities to local communities that most need them.

In June 2017, Dale Youth Amateur Boxing Club (ABC) lost its new facility in the tragic fire in Grenfell Tower, less than a year after the completion of its refurbishment. Having helped the club access the original funding, Powerday has found a temporary home for Dale so that the club can continue its work with the local community that has been so sadly affected. We are also leading negotiations for a new base in the borough.

This year has seen us take on direct sponsorship of Hooks ABC in the London Borough of Ealing. We are currently refurbishing an old scouts hut to provide a voluntary community sports club which will be fit for purpose and provide sporting opportunities for young people in one of the country’s most deprived areas.

During this period, we have also helped:

Read more about these activities and outcomes in our latest report.

We continue to support London’s amateur boxing clubs throughout 2018 and look forward to delivering more positive outcomes for their local communities.

The image shows Repton ABC boxer Caroline Dubois receiving the Canary Wharf Sports Personality of the Year Award 2017 at the ceremony on 16th March 2018.  Caroline's career consists of a 22 bout run, remaining unbroken and unbeaten in domestic and international competition. 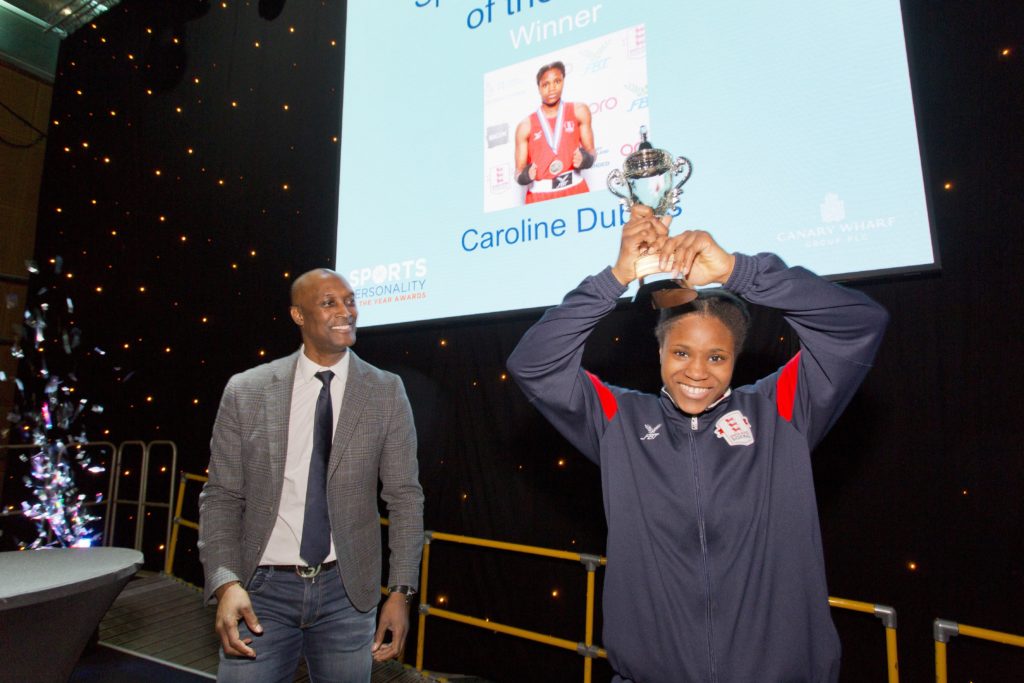