Powerday backs championship first for swimmers with Down syndrome

We are excited to announce, following yesterday’s launch, that Powerday is sponsoring the first British Swimming Championships that will enable swimmers with Down syndrome to compete at the highest level in a national competition.

This unique event will provide opportunity for swimmers with Down syndrome from across Great Britain, from novices to athletes who have represented Great Britain at European and World Down syndrome swimming championships.  Aiming to capture the interest and enthusiasm generated by the fantastic performance of Team GB at the Olympic and Paralympic Games in Tokyo, this is a first for swimmers with Down syndrome who are not currently represented in the British Paralympic team.

The Championships will take place at the K2 Crawley sports centre in West Sussex, which boasts one of the top swimming facilities in the South East of England, on the weekend of 19th/20th November 2022.   The competition will see 44 events over two days culminating in the crowning of our British champions for 2022.

The event is organised by Down Syndrome Swimming Great Britain, a volunteer-led charity and recognised national organisation promoting swimming for those with Down syndrome, both at an international and grassroots level.  The two days of competition are going ahead thanks to the principal sponsorship of both Powerday and our long-standing client Keltbray who, like Powerday, is well known for championing health and wellbeing in local communities.

Andrea Manson BEM, Organising Committee, Down Syndrome Swimming Great Britain says: “We want to use these Championships to raise the profile of Down syndrome sport, and in particular Down syndrome swimming.  We hope that this will become a highlight of the disability sporting calendar and a celebration of what the largest group of athletes with learning difficulties can do.”

Edward Crossan, Chief Executive Officer, Powerday says: “At Powerday, we believe passionately in the power of sport to improve lives, and in providing opportunity for all to get involved and to reach their potential.  We are proud to support the first British Championships for swimmers with Down syndrome and hope this event will encourage participation at a grassroots level, support our current generation of superb athletes, and inspire our future champions.”

Paul Deacy, Managing Director, Demolition & Civil Engineering, Keltbray says: “We are pleased to sponsor this fantastic opportunity for swimmers with Down syndrome to showcase their talents and realise their aspirations.  Keltbray is proud of our long tradition of supporting charities and working with partners such as these to make a difference to our local community”.

Powerday is passionate about encouraging and enabling as many people as possible to participate in sport.  This sponsorship is part of our current five-year Powerday Foundation strategy to 2025 which focuses on increasing participation amongst those with low participation including individuals with disability.  Down syndrome occurs in around one in a thousand babies born each year.  There are an estimated 40,000 people currently living with Down syndrome in the UK.

The Championships were announced yesterday evening at a launch party attended by sporting and national media, as well as high profile sporting individuals including Ellie Challis and other members of the Down Syndrome Swimming GB Team. 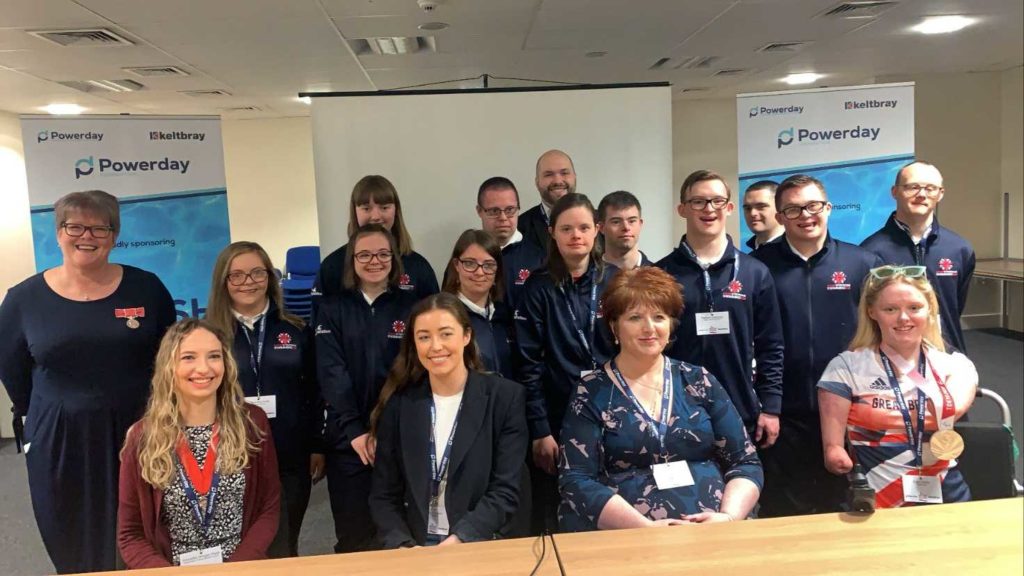