Last Saturday was a big night for Sam Cox, Powerday’s Business Development Manager who had his first professional bout.

Sam had a distinguished career in the amateur ranks and also became the youngest qualified referee before turning professional. On Saturday 8th July, at the iconic York Hall in Bethnal Green, East London, Sam recorded an impressive points win against a very experienced opponent.

Coming back from a dubious first round knockdown, Sam had to take control of the four round bout and be defensively smart to ensure a winning debut.

Our congratulations to Sam who will now look forward to his next contest in November as he looks to climb the national rankings.

The image shows Sam after his win with his dad, Powerday's Transport Manager Bill Cox, and his two trainers. 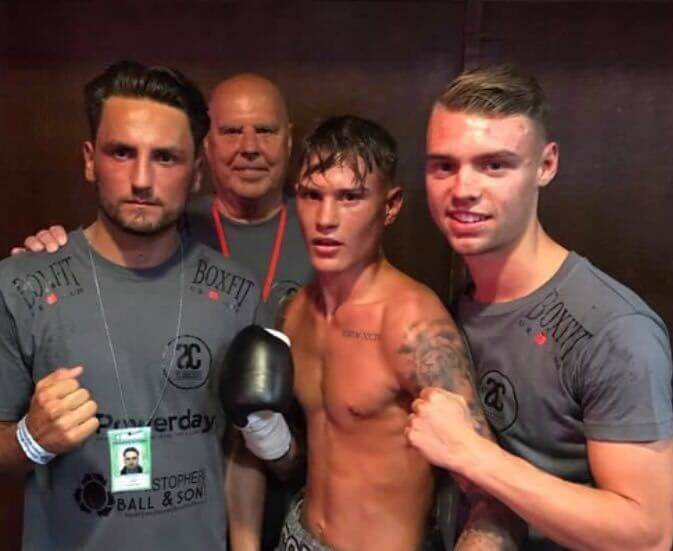