This week our partner the London Amateur Boxing Association (ABA) published its annual report on the outcomes achieved by the Powerday supported Development programme. Since the commencement of the scheme in 2014 it has generated £7.5million of external investment exceeding its initial £2million target for 2017 by a staggering £5.5million.

The initial four year sponsorship deal between Powerday and London ABA was launched in November 2011 to create a positive legacy for the London 2012 Olympics. The programme aimed to expose new participants to boxing through taster sessions in order to support development of the sport across London and increase participation. Over the first twelve months, 80 new sessions were held with over 2,500 Londoners gaining a first time experience of boxing.

Since then the programme has expanded with many world renowned local community boxing clubs benefitting from an extensive investment programme. One of this year’s highlights was the construction of a new club gymnasium and headquarters for Dale Youth Boxing Club in the London Borough of Kensington and Chelsea creating a new facility with the very best of facilities and equipment. These investments are aimed at extending the clubs reach into their communities so that more young people can benefit from the benefits of participating in the sport. It is well recognised that the boxers develop a strong work ethic, discipline, respect and an overall confidence that allows them to approach life both in and out of the ring with a positive outlook.

As a result of the amazing achievements since 2011, Powerday announced this year that the company has extended the London ABA sponsorship programme taking the current deal up to the next Olympic in Tokyo.

Mick Crossan, Chairman, Powerday says: “We are delighted to continue to support such a successful programme in increasing participation in grassroots sport particularly throughout the hard to reach areas of the Capital, the outstanding achievements across the board are a credit to all involved”. 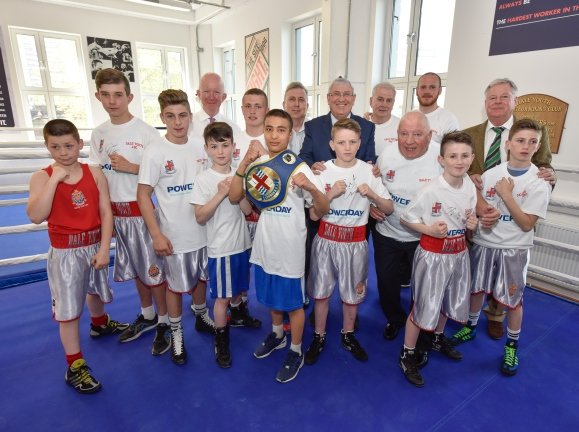