Powerday featured on this week’s episode of Supersize Grime, a Channel Five series that looks at the challenges in keeping the UK’s largest structures and facilities clean.

This week, Supersize Grime visited Twickenham Stadium after the Calcutta Cup game (where England played Scotland during the Six Nations Tournament) and met the Spotless event team responsible for returning the stadium to an immaculate facility by the morning after the game.

Powerday was featured taking away over 2,500 bags of waste including plastic cups, napkins, programmes and food containers , collected by the Spotless team from the seating and catering areas of the stadium. The bags were loaded into a Powerday dustcart and taken to Powerday’s Materials Recycling Facility in North West London, where as much as possible is recycled and the rest is recovered for renewable fuel.

Simon Little, Sales & Marketing Director, Powerday says: “We have worked closely with the Spotless team at Twickenham for two years now and directly with the Rugby Football Union before that, supporting their efforts to ensure the waste generated at the Stadium is recycled and does not end up in landfill. The team does a fantastic job in cleaning the stadium overnight and returning it to pristine condition, it was great to see that acknowledged on prime time TV.” 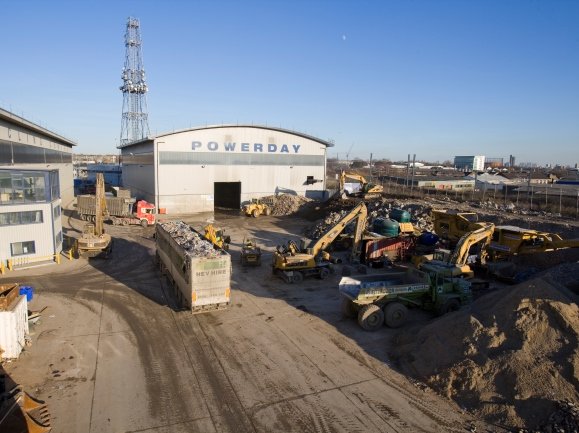