Powerday and London ABA are helping the next generation of London’s boxing talent fulfil their potential and achieve international standards with the award of their second annual athlete bursaries.

The scheme, which was launched last year at an event hosted by Powerday and attended by professional boxer George Groves, has seen some exceptional outcomes with the first seven recipients of the bursaries all achieving their national and international targets.

This year’s bursaries were awarded at a presentation on 30th June at Powerday’s Materials Recycling Facility in Old Oak Sidings, Willesden Junction. The standard of nominations were exceptionally high, and awards have been made to seven aspiring young London boxers, male and female, who have the ability to achieve success at regional, national and international levels. The event was attended by Bradley Skeete, former Earlsfield ABC amateur boxing star and now professional British, Commonwealth and WBO European Welterweight Champion who defends his WBO European Welterweight Championship in Cardiff on Saturday 16th July.

Mick Crossan, Chairman, Powerday says: “I’m delighted to be awarding the bursaries again this year. Powerday is based in London and we are committed to making a positive difference to people’s lives. Our partnership with the London ABA continues to help young people realise their potential both in sport and within their communities. Their involvement in sport provides them with so many positive messages and I hope inspires them to success in and out of the ring.”

Keith Walters OBE, Honourable Secretary London ABA and Chairman of England Boxing commented: “Whilst there is a strong support mechanism, for elite athletes, via the ‘High Performance Programme’ in British Sport, it is the small margins that can make the difference to young, aspiring boxers. These bursaries offer some essential funding to those who are in need of further support to fulfil their potential and achieve international standards. We thank Mick Crossan and Powerday for this investment into our young athletes, who, like Bradley Skeete, can become world class stars”.

Powerday has worked with the London Amateur Boxing Association (ABA) over the last four years in putting together and rolling out the London ABA’s and Powerday development plan. The intention is to build on the London 2012 Olympic Games, as a catalyst for change and growth in the sport of amateur boxing throughout the Capital. 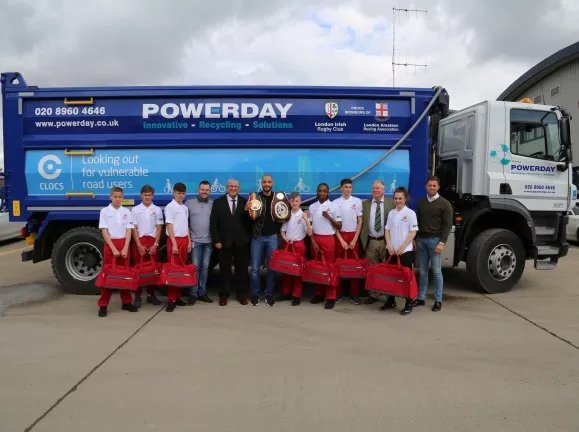