Powerday is delighted to announce a new bursary programme developed with the London Amateur Boxing Association as part on their ongoing partnership. London is recognised as being amateur boxing’s most successful region in achieving competitive success and raising finance in excess of £4.5 million in 18 months.

Powerday, who with London ABA, has set up an ‘athlete pathway’ which has led to the creation of a programme providing work opportunities for registered members of London ABA’s 110 amateur boxing clubs. Now this partnership has led to the introduction of an annual £500 bursary award for six London ABA registered boxers, male or female aged between 12 and 18 years of age. The intention is to assist aspiring boxers, who have not received funding from elsewhere and who have shown potential, to progress to international recognition. The £500 annual bursary, for the six successful applicants is to be used for equipment, travel and training costs.

Mick Crossan, Powerday’s Chairman commented: “As part of Powerday’s long term commitment to amateur boxing in London, Powerday is continuing to build a London 2012 Olympic legacy for both boxing and young Londoners through our partnership with London ABA. We are delighted to be the first company to launch and deliver this corporate investment in young amateur boxers who are deemed worthy of support and who, with extra support, are capable of developing into international competitors via the ‘performance pathway’ ”. 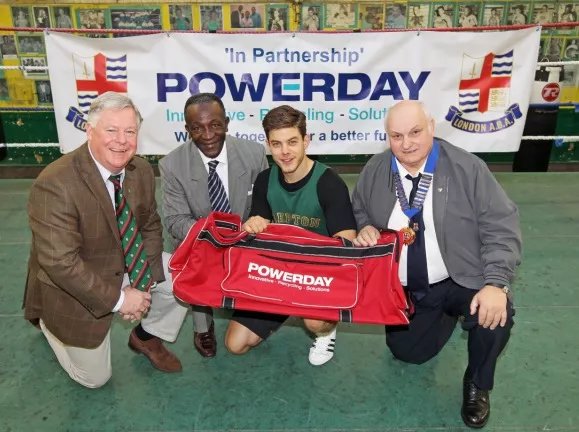