Unfortunately, most people will have witnessed how fly tipping impacts local areas, particularly in secluded spots. But the fly tipping recently discovered just off the Colnbrook by-pass - close by to Heathrow Airport - amounted to a staggering 5,000 tonnes of waste.

This huge volume of waste was illegally dumped in a short space of time, noticed by locals who use this well-known area where the M4 meets with the M25. Mostly construction waste, the biggest challenge was identifying and segregating hazardous materials, with the fly tipped waste stretching for around one mile. Concerns were raised by local residents, with claims that people had been threatened by the tippers.

Hillingdon Council were left in the position of needing a speedy resolution to the issue, calling on the Powerday team to affect compliant clearance of the site. Utilising a range of specialist material handling machinery - including roll-on roll-off skips and plant vehicles - the Powerday team were able to swiftly and comprehensively restore this area, tackling the general waste and hazardous materials.

The materials collected were taken to the Powerday facilities to be recycled and processed to produce renewable fuels, not only ensuring that the site was left clear, but also that the waste was dealt with in the responsible and appropriate manner on behalf of Hillingdon Council.

Fly tipping is not only illegal, it also poses a risk to the local environment, with toxic materials likely to contaminate the area and any large amounts of untreated waste providing a breeding ground for pests.

This nuisance issue has recently been highlighted as a growing problem in the UK, with more and more prosecutions being brought against people who choose to use non-licensed waste companies. Waste producer responsibility dictates that you must only use licensed waste carriers to dispose of your waste.

At Powerday, we provide dedicated fly tipping clearance services for local authorities as well as for those whose private land has been hit. We recycle and dispose of waste in a manner which avoids damage to the environment, leaving the affected area clean and clear once more. 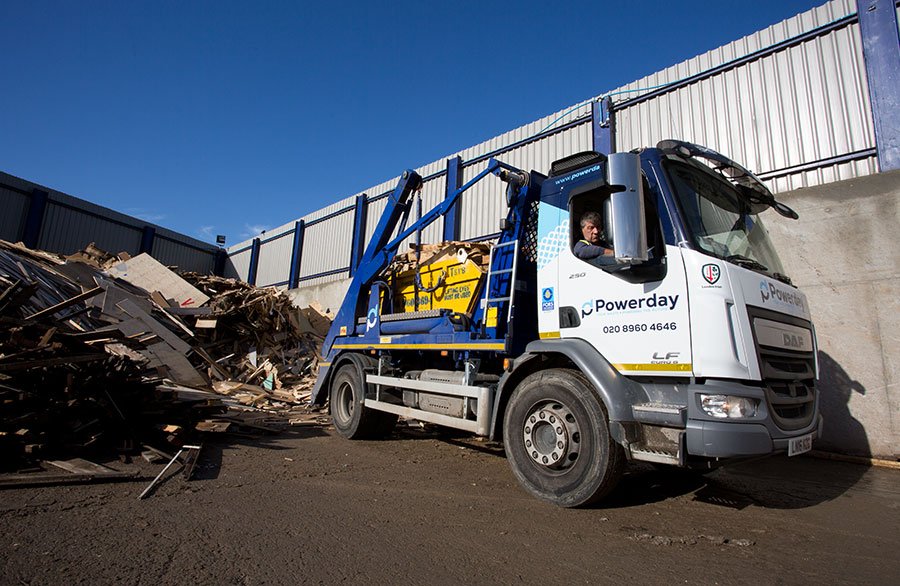