Powerday is at London Bike Show with Construction Logistics for Cyclist Safety (CLOCS) this week to raise awareness of cycling safety.

The event takes place from today (Thursday 11th) to Sunday 14th February at ExCeL and is expected to attract over 50,000 visitors. One of Powerday’s vehicles will be used as part of the Metropolitan Police and Transport for London initiative, Exchanging Places where cyclists get to sit in a cab of a lorry and see for themselves what the drivers can and can’t see around the vehicle.

According to Transport for London, cycling journeys in London reached 23 million a year in 2014 with 432 cyclists serious injured or killed.[1]

Bill Cox, Powerday’s Transport Manager, says: “Powerday is passionate about protecting vulnerable road users and committed to supporting the CLOCS scheme. The bike show will be a great opportunity to highlight drivers’ blind spots and to help cyclists minimise the risks when cycling on London’s roads.”

Visit us at the London Bike Show on the Construction Logistics for Cyclist Safety stand LB959. 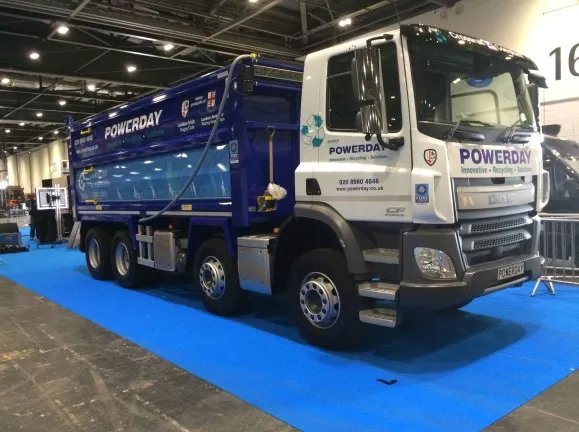