Powerday has renewed its sponsorship of the Gaelic Athletic Association club, Tir Chonaill Gaels, whom the company has supported for many years.

The club was formed in 1962 and has gone on to become one of the most successful Gaellic football clubs in Britain.

Mick Crossan, Chairman, Powerday says: “Powerday plays an active role in our local community and believes strongly in the importance of sport in improving the lives of Londoners. We are delighted to continue our sponsorship of Tir Chonaill Gails and to be championing Gaelic football in London.”

Tom Mohan, Club Chairman says: “Powerday’s sponsorship means we at Tir Chonaill Gaels can run teams from under 6s right the way through to senior along with two ladies teams, 13 teams in total. It’s not just the funding though but the interest shown by Powerday chairman, Mick Crossan, the amount of local sports that Powerday supports is truly amazing and I hope it continues for a long time.”

Mick attended the annual Peter McGlynn Memorial Tournament on Monday 4th May where he was pictured with the club's new shirts. 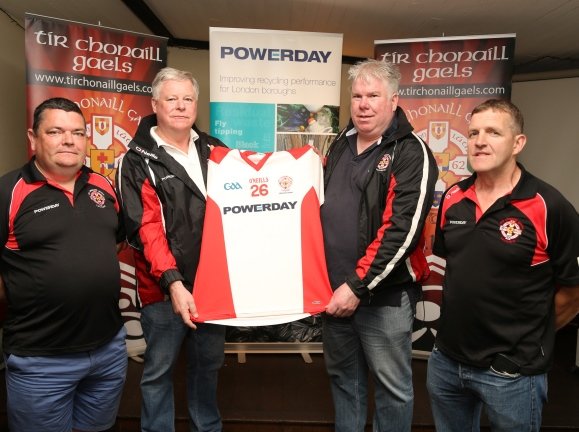