As part of the Powerday Foundation’s work with London Boxing, Powerday’s Site Service Manager, Sam Cox, has been delivering a boxing and mentoring programme to disadvantaged pupils in various circumstances from Kensington Aldridge Academy (KAA).

Sam now splits his time between monitoring Powerday service delivery to clients and his work with the Powerday Foundation. With a real pedigree in the sport including winning four London ABA titles and getting to the finals of the National Junior Championships and CYP Championships as well as being the youngest qualified boxing referee in the world, Sam provides an elite insight into the sport. Students in the boxing scheme are from the School Within School (SWS) programme that was set up by Louis Levin, Behaviour Manager at KAA in January 2018. The programme was established to provide a positive intervention for students who are going through a phase of negative behaviour, are finding some aspects of school challenging or frustrating or are in some sort of crisis in or outside of school. The six-week programme is based in the classroom and the SWS timetables focus on core subjects with the assistance of teachers and highly skilled support staff.

Utilising the space in the newly built Dale Youth Boxing Club, with which the Powerday Foundation has been heavily involved since its unveiling, Sam has been holding coaching sessions to the KAA pupils on Monday mornings.

The on-going development project is being supported directly by the Powerday Foundation which created a six-week course for the students. The pupils' behaviour was assessed before and after the course and it was found that there was a huge rise in the levels of confidence and enthusiasm shown by the students along with vast behavioural improvements.

Commenting on the boxing programme, Louis states: "We can't thank you, your Powerday colleagues and the Dale Youth team enough for providing these great sessions for our SWS pupils. SWS cohorts are often made up of children sometimes on the margins of society both social and economically and also with a range of difficult circumstances so this is a real gift for them all."

Alongside the work with the SWS pupils, the Powerday Foundation is further working in partnership with KAA to provide a boxing focused PE course which counts towards a GCSE qualification.  This is also led by Sam Cox who is a Level 2 NGB Coach. The course is geared towards pupils natural ability and engaging them to be slightly more academic, with a scoring award system and exams.

Sam added: "I feel privileged to be able to pass on my experience in the ring to the students. We know the sport of boxing delivers so many positive outcomes, so my hope is that every student who is involved takes a least some of these positives from the course."

Find out more about the Powerday Foundation. 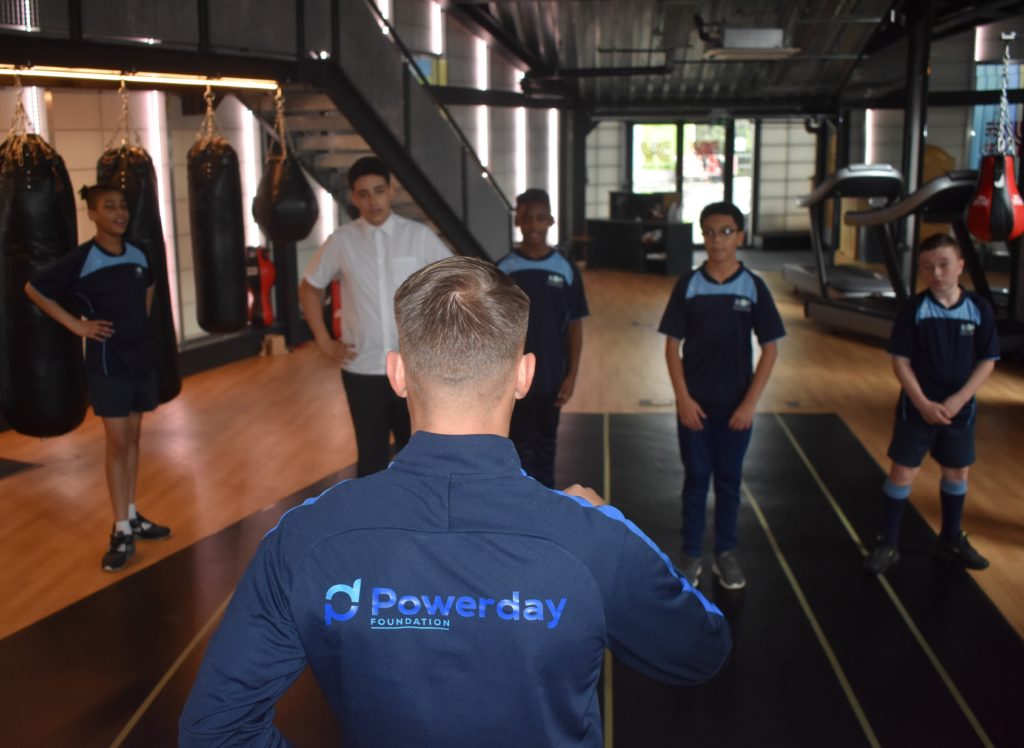