Powerday has been working with the Metropolitan police with their exchanging places project since its inception in 2015. The project which is funded by TFL and run by the Metropolitan Police gives cyclists the opportunity to experience what it is like to be a HGV driver and allows drivers to learn about the challenges that face cyclists on the road.

Cyclists are able to sit in the driver’s seat of a HGV whilst members of the Met police demonstrate the blind spots of the vehicle. There is an officer sat in the vehicle known as ‘the talker’ and another who’s role is ‘the walker’ who cycles alongside the stationary vehicle. The project allows cyclist and drivers to create a dialogue about road safety issues problems faced by both in a neutral environment.

Although HGV vehicles should be fitted with the latest mirrors, CCTV and additional sensors, there is a one in seven chance that the driver will be looking in the correct mirror at the correct time especially if they have just checked the mirror before the pedestrian/ cyclist appeared. It is therefore important that road users are aware of this.

Since it’s launch, over 25,000 people have participated in exchanging places and 97% of cyclists have stated that they will change their riding as a consequence. The project has been independently assessed and received a Prince Michael International Safety Award.

The events also include free security marking for bicycles as well as cycle mechanics who will give an MOT style check for your bike.

Powerday has been involved in the CLOCs approved project for the last few years, providing HGVs for the demonstration as we believe that road safety is a highly important issue, especially in London.

For news about the next Exchanging places event, please contact us at info@powerday.co.uk 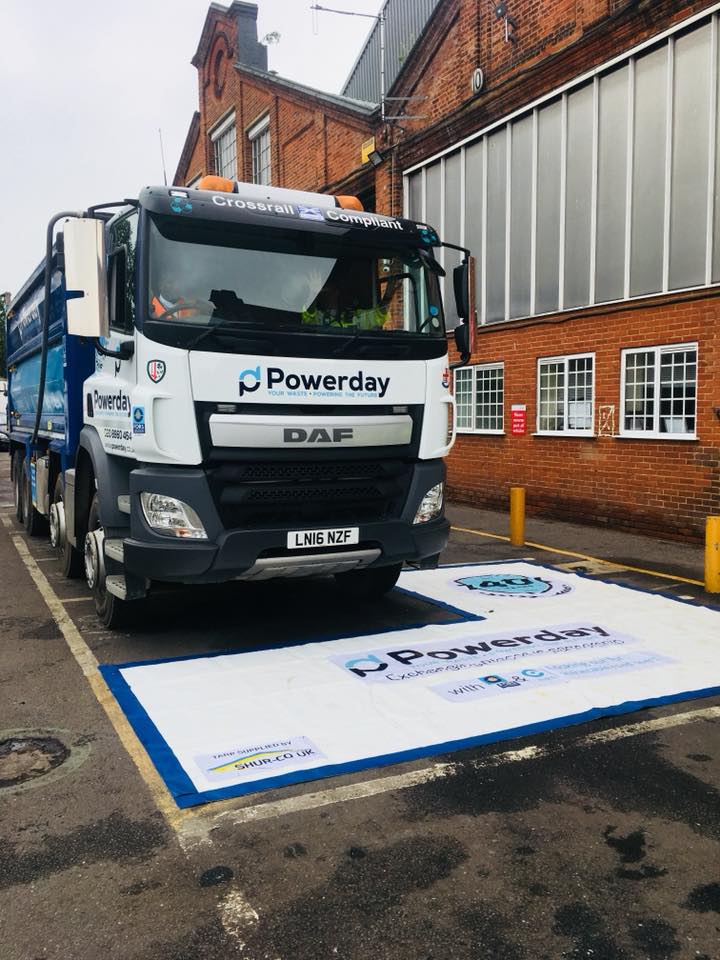